Foundation Crack Repair in Elmhurst, Illinois: When is it Needed?

Over time, as a home’s foundation takes on more and more wear and tear, it can deteriorate. Generally, this deterioration presents itself in the form of cracks.

If allowed to exist, foundation cracks can have negative consequences. Not only can they allow in substantial amounts of moisture, they can cause your home’s structure to weaken as well. For this reason, foundation crack repair in Elmhurst, Illinois is often necessary.

The question is: how can you tell when it’s needed? There are several signs that indicate it’s time for repair. Those signs are as follows:

When Your Floors are Uneven 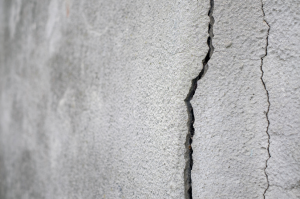 When this first occurs, you might hardly notice. Your floor might be uneven, but only to a small extent. However, as time passes, it will sag even more, becoming progressively more uneven to the point that it can’t be ignored.

The key is to have foundation cracks repaired before your floor gets to this point. If your floor is sagging in this manner, your foundation has suffered serious damage.

When the Cracks are Large

Not all foundation cracks are a cause for serious concern. Some cracks come about naturally due to the settling of the foundation itself.

When you really should start worrying about foundation cracks is when they become long and wide. Large cracks such as these typically come about due to moisture damage. They erode progressively over time until they can no longer take the pressure, which leads to cracking.

If the cracks are measuring in at over ⅛ of an inch wide, and over 3 inches long, they are probably in need of repair. A basement waterproofing company can get the job done for you.

When Doors are Dragging on the Floor

Another fairly sure sign that your foundation is in need of repair is if your doors are dragging on the ground when being opened and closed.

When this happens, it’s usually due to the fact that their corresponding foundations are weakening and causing their door frames to shift. Eventually, their door frames shift to the extent that your door begins touching the floor.

Ideally, you would fix foundation cracks before this happens. However, later is better than never. You should have your cracks repaired as soon as this problem presents itself.

When Windows Are Sticking

Just as a weakening foundation can cause your doors to drag against the floor, it can also cause your windows to stick when being opened.

The reason for this is the same as with doors: the foundation weakens, shifts, and realigns the window frame, causing it to put pressure on the window sash. Instead of sliding open easily, the sash is met with friction.

Again, if you’re dealing with this problem, you shouldn’t allow it to go on for long. Allowing it to persist will only result in further misalignment, as well as an increasingly weakened foundation. We recommend having your foundation cracks repaired as soon as possible.

Do You Require Foundation Crack Repair in Elmhurst?

Are there substantial cracks in your foundation? In need of foundation crack repair in Elmhurst, Illinois? If so, ULB-DRY Waterproofing has you covered.

As the premier waterproofing company in the Elmhurst area, we have repaired thousands of foundation cracks over the years. Our team would be happy to return your foundation to its intended state.