How to Determine if You Need a Backup Sump Pump 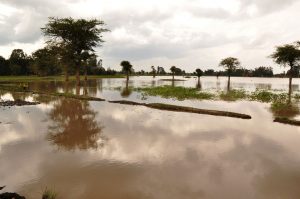 Whenever a potential customer contacts us regarding sump pump service near Naperville, IL or another Chicago, IL suburb, nine times out of ten the customer asks if a backup sump pump is necessary. The ULB-Dry Waterproofing team believes it is, and this blog covers the reasons why. But first, let’s summarize the two main backup sump pump options:

Other backup systems exist – for example, “inverter systems”, but these options have several downsides. Thus, we don’t recommend them.

Now, back to the question at hand. It’s important to understand that all primary sump pumps eventually fail – it’s just a matter of when and why. Operating with this fact in mind, here are the circumstances in which a backup sump pump is vital to protecting your basement from water damage:

The Primary Pump Can’t Keep Up With Water Inflow

If you’re hammered by a particularly brutal storm, there’s a very real possibility that your primary pump won’t be able to handle the amount of water entering the sump. In situations like these, a backup pump is invaluable.

Tied in with the first point, the primary pump will work as hard as it can, but could ultimately fail due to an overwhelming amount of water. If this happens, and you don’t have a backup pump ready to handle the load, you could be looking at serious basement water damage.

The more violent a storm, the greater the chance of a power outage. Since your primary sump pump runs on electricity, a power failure is a potentially catastrophic setback. However, if you have a backup pump, it will run off of reserve power, typically in the form of a battery, and take over until the power comes back on and the primary pump returns to life.

A blown fuse, damaged power lines, a clogged discharge pipe, a tripped circuit breaker, and a burned-out pump are all reasons why a primary sump pump could fail. For an affordable cost, our highly rated waterproofing company serving Burr Ridge, IL will find, install, and maintain the right backup sump pump for you. Contact us today and let’s talk further.